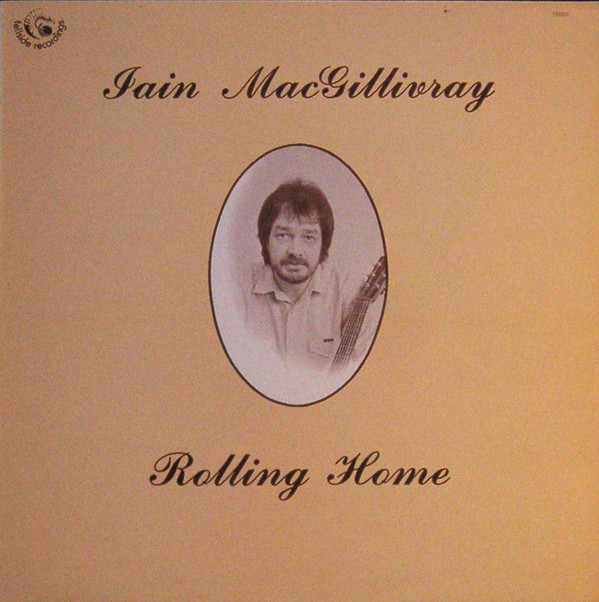 Refined and instructive Scottish folk songwriter. This LP shows how seriously he honors the legacy of the traditional music from Scotland, and how he relates himself to many great artists by choosing texts which highlight the cultural identity of this beautiful country.

TRACKLIST
A1 – Anthony Riley
A2 – Mary And The Soldier (Mrs. MacGillivray’s Farewell To The Kitchen/The Other One)
A3 – The Dowie Dens Of O’ Yarrow
A4 – Norland Wind
A5 – Rolling Home
B1 – The January Man
B2 – The Beacher Lassie Of Kelvinhaugh
B3 – The Lads O’ The Fair
B4 – The Maid Of Bunclody
B5 – Red Is The Rose

ORIGINAL LINER NOTES from MacGillivray commenting the tracks (augmented with recent web links) :
A1 – Disasters sell newspapers and over the years the mining industry has provided more than its air share of headlines as in this song written by ex miner Ivan Fryman and set to music by Archie Fisher
A2 – Mary shows grit and determination to “land” her man in the face of stiff opposition from her parents and the lad himself!
A3 – A version of the well known Border Ballad I learned from the late Tom Smith of Edinburgh in the mid sixties.
A4 – A particular beautiful poem by North East poet Violet Jacob, set to haunting melody by Jim Reid from Fife.
A5 – A slightly ambiguous title for a song describing the sailors’ long awaited homeward voyage. Probably an even more ambiguous title for an LP!
B1 – One of Dave Goulder‘s best known songs, it charts the progress of the seasons.
B2 – A Scottish Broken Token Ballad which I’ve known for twenty years yet only recently learned from Willie “Barra” MacDonald that the air is gaelic, “mo rūn geal dileas“.
B3 – Written in a traditional style by Brian McNeill of “Battlefield“. This song comments on the passing of the old skills now replaced by technology.
B4 – A song from Co. Wexford of love and parting, a recurring theme in folk songs of both Ireland and Scotland.
B5 – The chorus of this song is always well sung at folk gatherings probably because the Irish words are set to the well known Scottish tune “Loch Lomond“.

iThere are no comments

Begin typing your search above and press return to search. Press Esc to cancel.